When you feel like a failure, it can bring you into a pit of depression that’s down right hard to shake.

The self-doubt, anger, regret, and embarrassment are sometimes so overwhelming.

Thoughts of where you went wrong and what you wish you’d done differently swirl around in your mind.

The emotions that follow, wash over you like a wave, and it’s enough to make anyone want to hide in bed under the covers.

You’ll probably even find yourself wanting to give up.

When you feel like a failure, remember you’re Not Alone

If you’re there, you’re not alone. I’ve been there. And I know that in my life’s journey, I’ll end up there again.

So I did some research to find out what successful people do when they feel like a failure.  It totally opened my mind to a new way of thinking about it. My hope is that it’ll do the same for you. Whether you feel like a failure as a mom, in your career, or in another area of your life, I want you to remember that you can make it through this.

Here’s what I learned – when you feel like a failure, remember these things… 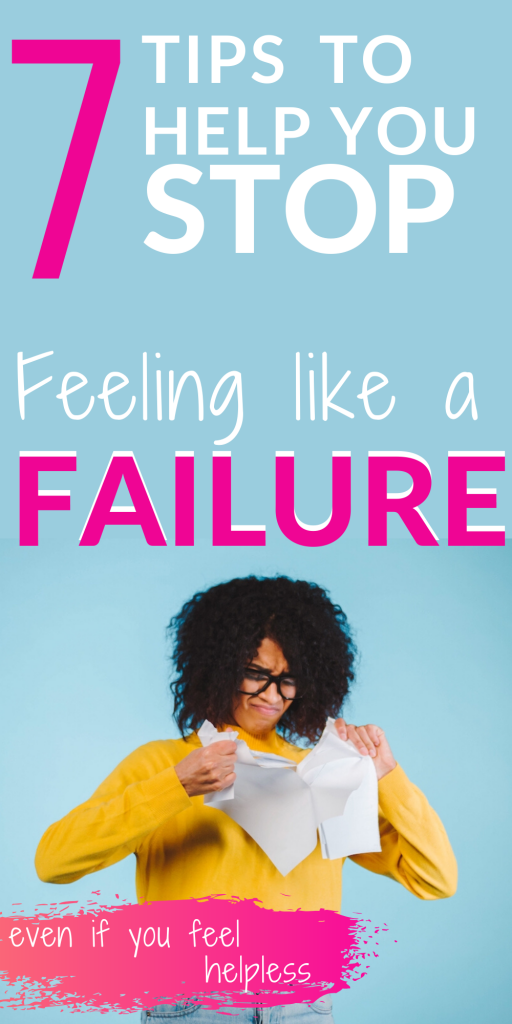 7 perspectives to consider when you feel like a failure

Before we start, if you want to know how to stop feeling like a failure, you can’t miss this one point.

Your perspective is important when you feel like a failure – your feelings are based on your thoughts and beliefs.

When you feel like a failure, ask yourself what you truly believe right now.

Let’s assume that you actually failed at something (failure happens… it’s an inevitable part of life). You get to choose which glasses you look at this situation through.

The movie screen looks completely different with the glasses than it does without the glasses. It’s the same screen, same movie… the only difference is how you see it.

Your perspective works the same way as those 3-d glasses; it changes how you’ll see that failure.

You have the option to believe that having failed does not make you a failure.

For example, you can choose to focus on the lessons learned, or find something in that experience to be truly grateful for. Your options are endless, but they’ll require you to change your perspective.

Remember this: when you change your thoughts, your feelings will follow.

1. Failure is a requirement for greatness

You’ll be hard pressed to find a successful person who hasn’t failed several times in their lives.

Failure isn’t the enemy of success, in many ways it’s a requirement for success.

By most people’s standards, Michael Jordan, Steve Harvey, and Oprah are some of the most successful people of our lifetime.

And EACH one of them has FAILED several times.

[bctt tweet=”Failure isn’t the enemy of success, in many ways it’s a requirement for success.” username=”mrsbwhyte”]

What successful people know about failure

Check out these quotes about feeling like a failure.

Michael Jordan– “I’ve missed more than 9,000 shots in my career. I’ve lost almost 300 games. Twenty-six times, I’ve been trusted to take the game winning shot and missed. I’ve failed over and over and over again in my life. And that is why I succeed.”

Steve Harvey–  “Failure is a great teacher, and I think when you make mistakes and you recover from them and you treat them as valuable learning experiences, then you’ve got something to share. A person has to remember that the road to success is always under construction. You have to get that through your head.”

Oprah Winfrey – “It doesn’t matter how far you might rise. At some point, you are bound to stumble. If you’re constantly pushing yourself higher and higher, the law of averages predicts that you will at some point fall. And when you do, I want you to remember this: There is no such thing as failure. Failure is just life trying to move us in another direction.”

Each of them have stumbled, fallen, and failed. But it hasn’t stopped them from moving forward and you can’t let it stop you either.

Billy Graham – “Don’t be bound by the past and its failures. But don’t forget its lessons either.”

There’s a lesson in every failure and when you find that lesson, you’re able to move forward strategically.

To turn your failure into a lesson, ask yourself these questions:

Want to revisit this later? Save this pin please

3. Failure got you in your feelings? It can only keep you stuck if you allow it to

Lisa Nichols – “You’ll learn how to recognize when you’re living in the country called “Sad” in the town called “Victimville” on the street called “Hurt Lane” so you don’t stay there longer than you need to.”

It’s not over until you quit.

So you’ve had a setback, what’s next?

Will you spend that time having a pity party for yourself or doing something to move you forward?

Keeping it 100, there are times when I do both. I’ll give myself a couple hours to “feel how I feel.” I cry, pout, drown my sorrows in Oreo Ice Cream.

But that’s it – I can’t stay in that place, so after a couple hours, I force myself to keep it moving.

And as a Christian, I believe that God’s able to take any circumstance, any mistake, any failure, and still cause things to work out for our good in the end.

That belief and that commitment to moving forward have helped keep me from giving up.

So after some ice cream and prayer, I dust myself and do the only thing I can do – keep trying.

4. The fear of failure is holding you back

Lebron James – “You can’t be afraid to fail. It’s the only way you succeed – you’re not gonna succeed all the time, and I know that.”

I read a quote from FDR that I’ve never forgotten. He said, “the only thing to fear is fear itself.”

Fear can be a prison that keeps you chained to thoughts of what could happen.

What would happen if we embraced the idea that failure isn’t to be feared?

What if we chose to recognize all of the benefits that are found in failure – the opportunity to learn, build character, gains strategic insights, etc…?

I’m pretty sure something magical would occur as a result.

5. Failing to try is worse than trying and failing

J.K. Rowling – “It is impossible to live without failing at something, unless you live so cautiously that you might as well not have lived at all – in which case, you fail by default.”

If you’ve found yourself feeling like a failure because you tried something and it didn’t work, then you’re in a much better spot than you think.

You’re closer to reaching your goals than the countless others who let fear keep them from moving forward.

Failing to try is worse than trying and failing – give yourself props for having the guts to try in the first place!

You’ve got the makings of an MVP – someone who’s willing to keep going, keep pushing, keep trying. I’ll leave you a quote from of the GOATs…

Michael Jordan – “I can accept failure, everyone fails at something. But I can’t accept not trying.

6. Happiness is a choice. Choose to celebrate the small wins

Joseph M. Marshall III – “Success is rarely the result of one swell swoop, but more often the culmination of many, many small victories.”

Like I said, you get to choose a lens that will inspire you to action, not leave you crying in despair.

You win or you learn and you can challenge yourself to find happiness in the midst of your experience.

We know that you failed, we know what went wrong. But, what did you do right? What can you give yourself credit for?

And if you’re determined to bounce back after your failure, that in itself is a win. And the small wins, make way for the big victories. So keep going girl, you’ve got this!

7. Failure doesn’t define you, but it can refine you

Will Smith – “You’ve gotta take a shot, you have to live at the edge of your capabilities. You gotta live where you’re almost certain you’re going to fail. Failure actually helps you to recognize the areas where you need to evolve. So fail early, fail often, fail forward.”

After failing, it’s so incredibly easy to view yourself as failure.

So here’s the last thing I want to leave you with:

When you feel like a failure, remember that having failed does not make you a failure.

As we’ve already seen, if you let it, it can help make you a success.

Take a cue from the folks who’ve failed and still risen to the top. Failure is a tool for you to use to move forward, it doesn’t define who you are.

I’ll leave you with a quote from Coco Chanel, “Success is most often achieved by those who don’t know that failure is inevitable.”

Related Post: Love Note – You are meant for greatness

I hope this post helped give you a new perspective on failure.

We’re imperfect beings living in an imperfect world, and we’re bound to experience ups and downs.

That’s the beauty in this journey.

When you feel like a failure, I challenge you to choose a different perspective that motivates you to keep going – one that allows you to look at that failure and see it as a tool to move forward.

Is this something you struggle with – If so, have you let failure stop you? How are you choosing to reframe that failure so that it motivates you?

Sound off in the comments below. 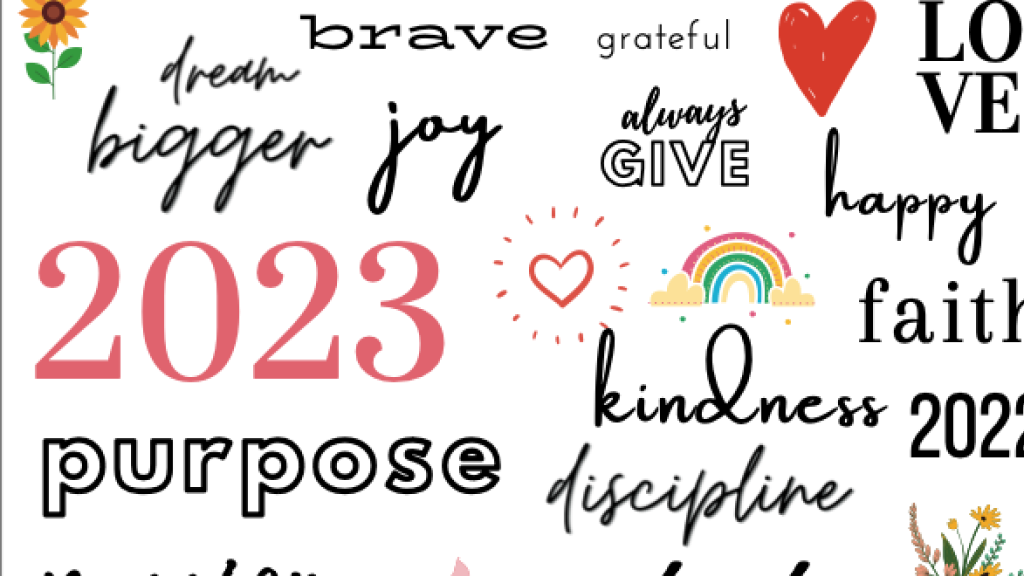 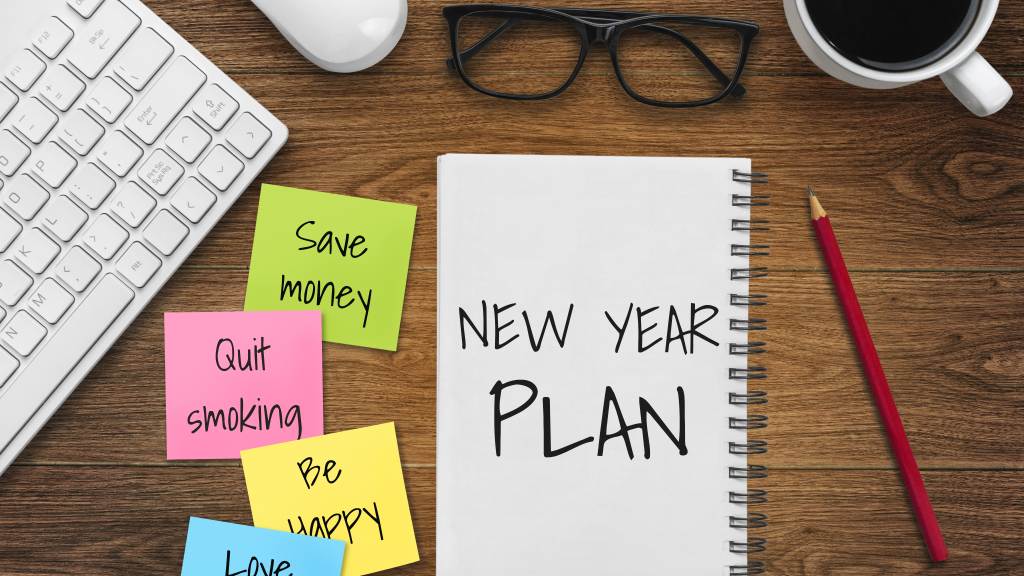 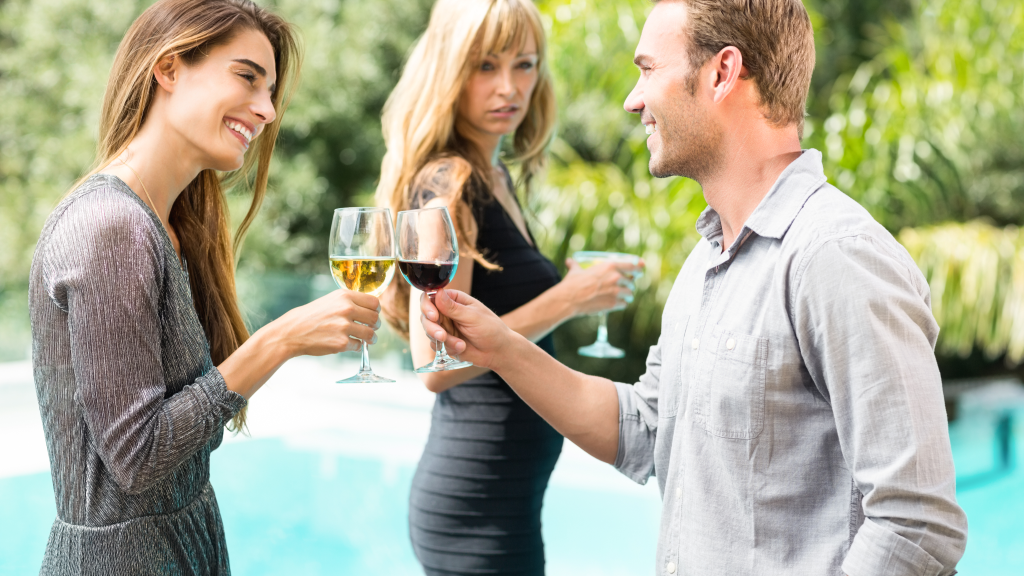 How to stop being jealous of other people’s lives 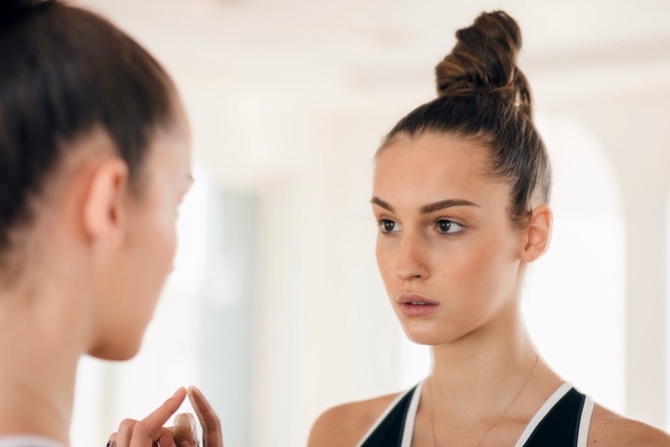 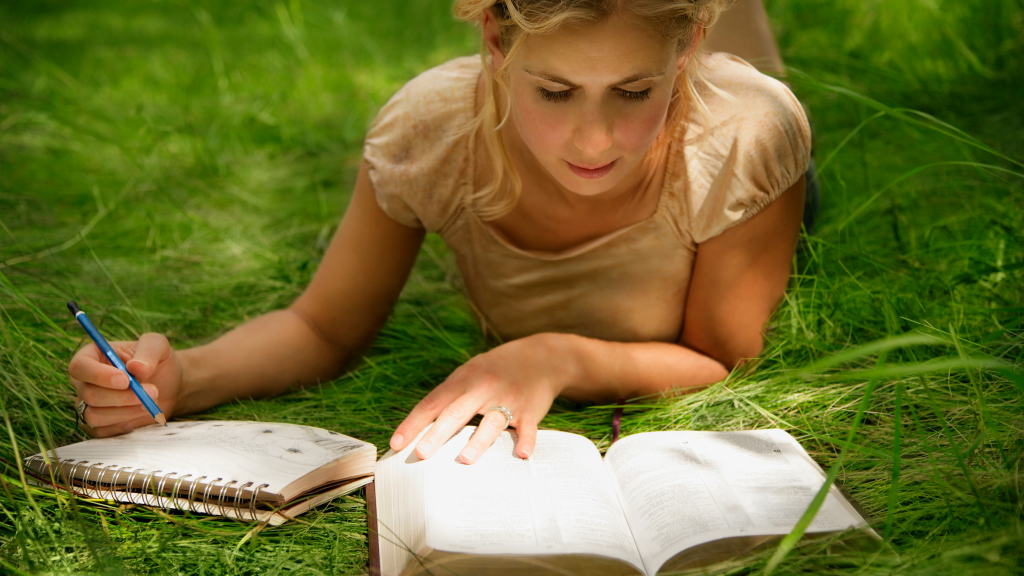 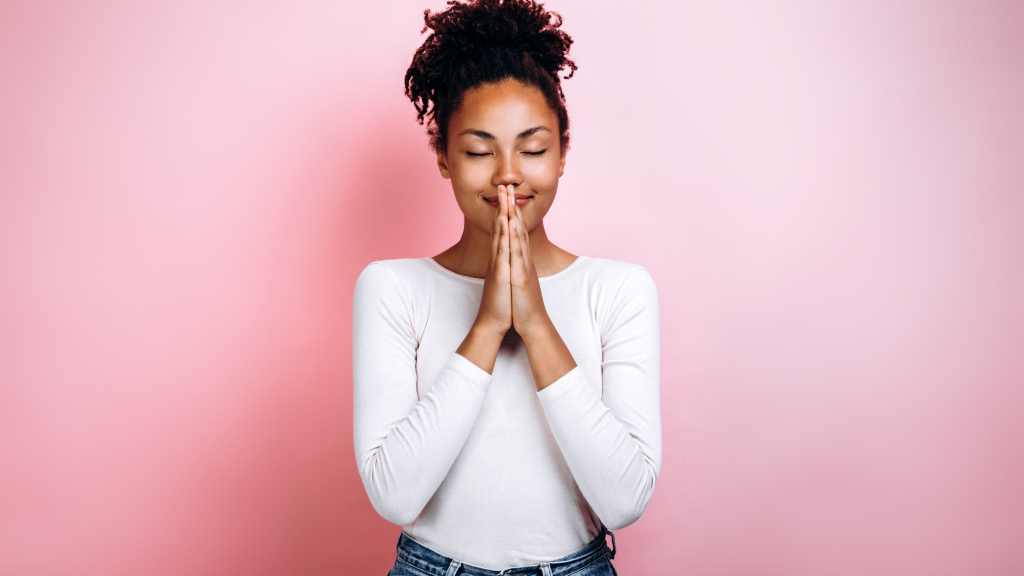 7 Encouraging Prayers for Self Worth and Confidence

Comments for: When you feel like a failure, these 7 things can help