If you are low on self esteem, I’m pretty sure the answer to this question will be “Yeessss, that’s me!” But let’s test that theory, shall we?…

Can you ever relate to not feeling…

If so, then keep reading. I promise you that by the end of this post you’ll know why you’re low on self esteem, what low self esteem really is (including some of the most common low self esteem signs) 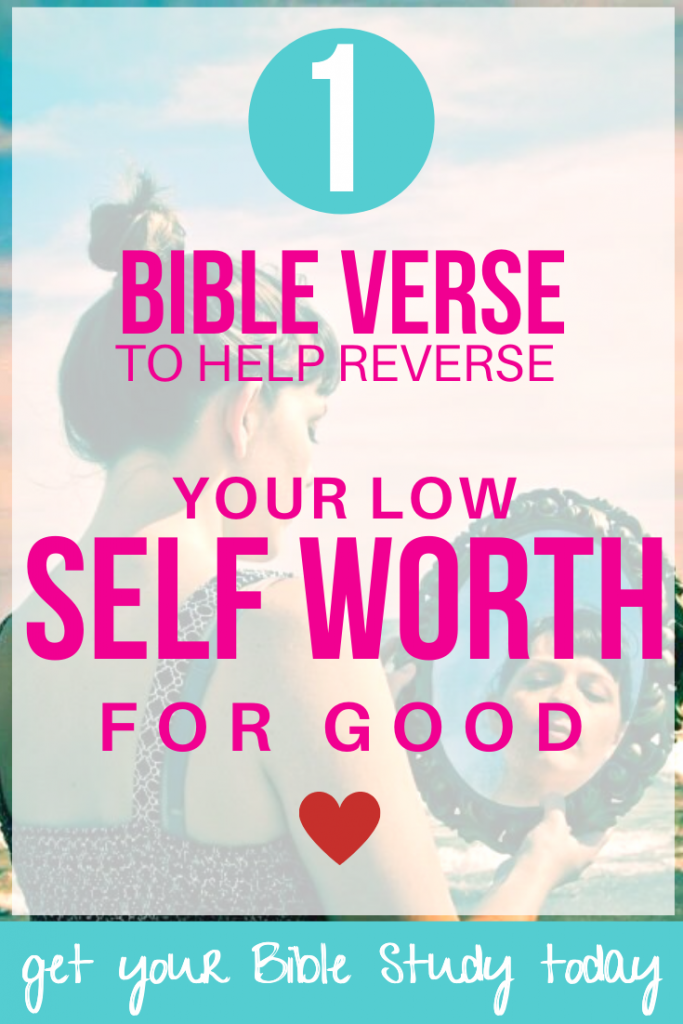 Do you ever look around and see countless other girls who have the looks, talents, smarts, or personality, you wish you had? It’s heartbreaking!

Whatever the reason, I know that feeling like you’re not enough sucks.

For years, I would either:

? Or, look in the mirror while contorting my body.

I’d imagine how awesome I’d look if I could just change some things. Then I’d get angry because that only made me feel worse. Then I’d repeat that process the next time I stopped in front of a mirror. It was a tiring (and really stupid) cycle.

Who do you blame your low self worth on?

I used to blame God for it.

Ergo, it was His fault for not making me good enough.

So for most of my teenage and adult life I was really, really angry at Him. I blamed Him for making everyone else better than me.

I was raised Christian, but I couldn’t trust a God I believed made me “less than” everyone else.

Related Post: God’s Love for you: 7 Scriptures and a challenge

But all of that changed when I found out the truth about my low self worth.

It’s the same reason you have low self esteem. And, I have to warn you, it’s going to make you angry.

Now, even if you’re not a Christian, just hear me out – I think you’ll still find truth in this…

You have low self esteem on purpose…

Yup, I said what I said. You have low self esteem on purpose.

?Yes, it is on you to change your view of yourself.

I won’t leave you hanging though. At the end, I’m going to give you links to my 5 day challenge designed to help you ditch low self worth and experience a new level of freedom.

I know as good as anyone that having low self esteem sucks, so I hope you’ll take me up on this challenge.

Before we go further let’s cover the basics and make sure we’re on the same page.

What is low self esteem?

Low Self Esteem Definition: “Low self-esteem is characterized by a lack of confidence and feeling badly about oneself. People with low self-esteem often feel unlovable, awkward, or incompetent.” – Psych Alive

YES, YES, AND YES. I spent most of my life feeling all of those things. All of em!

Now, here’s where I start proving that you have low self worth and self esteem issues on purpose.

Let’s take a look at some of the signs of low self esteem. These are some of the ones I personally struggled with a lot.

There are plenty more, but we’ll stop there…

If you have any of those 7 low self esteem signs, then ask yourself this…

If you’re struggling with any of those 7 signs (or others) on a regular basis, how is it impacting your life?

Personally, those 7 behaviors kept me from really going after the life I wanted.

I was afraid that If I really tried 100%, I’d only end up proving that I wasn’t really good enough.

So, what’d I do? I hid, played small, avoided being too noticeable.

In my 20s, I began asking myself a question that changed everything for me – “What kind of life will I have if I keep letting low self esteem get the best of me?”

And the truth was, I’d have a wack life. I couldn’t bring myself to settle for living a life I couldn’t be proud of. Can you?

Low Self Worth will Cost you

If you allow low self esteem to stick around, it can absolutely keep you from living a life of purpose.

It’ll cause you to shrink back, and it’ll silence the part of you deep inside that’s begging for a more fulfilling existence.

Low self esteem can cost you your dreams and goals. It can keep you from showing up fully in this world and impacting the people who are waiting to be inspired and helped by you.

Can you live with that?

If not, then keep reading.

Low Self Esteem? Check your beliefs.

Knowing you have low self esteem is the easier part.

Getting rid of it and building your confidence and self worth is err… harder. But, it’s doable – you can do this sis.

With me so far? Okay good.

So to increase your confidence and self worth, one of the best things you can do is change your beliefs about yourself.

You’re probably asking, “Where do I start? How would I even do that?”

I tried a bunch of different things before I finally cam back around to the only one that helped me, God.

Proof that you have low self esteem on purpose

Earlier in the post, I told you that I’d prove that your low self esteem is on purpose. Here we go…

If you’re struggling with this then know these 3 things:

When the enemy attacks your identity, he’s attacking your purpose and your future.

Sounds a little dramatic, right? But, let me prove it to you…

How many times has your low self esteem…

If we’re really being honest, we both know the answer is “no sis, I won’t.”

The enemy attacks your identity to keep you from living in your God given purpose and power.

He attacks your beliefs about the 2 people you absolutely need in order to fully live a purpose driven and powerful life:

He’s done the same thing since the beginning of time. 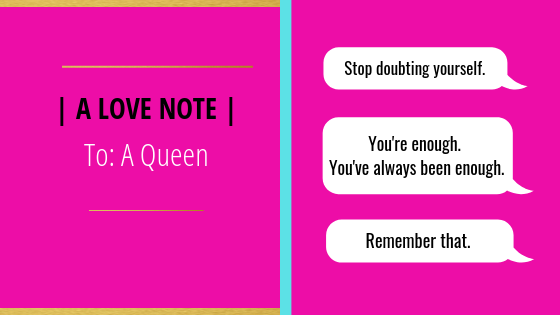 One night I was being bombarded by negative thoughts about myself. Like usual my insecurity was taking over and self-sabotaging thoughts darted back and forth relentlessly in my mind.

In the midst of the chaos, I distinctly heard the Holy Spirit ask a question that changed my life.

He asked, “when the serpent approached Eve in the garden, was he attacking her identity?” It seemed like an odd question, but after thinking about it, the answer was clear.

It was so obvious, but I’d never realized it before- He did attack her identity.

He told her that if she ate the fruit, she’d be like God. But umm… she was already like God.

God made both Adam and her in His image. But because she didn’t know who she truly was, the enemy hit her with the okey-doke. He fed her a lie and stole what God had for her.

The result? She went from being a ruler, having dominion, and walking in provision, to living a life tragically below the one God wanted her to live.

[bctt tweet=”If the enemy can convince you that you’re not really who God says you are, he’ll trick you into giving up the destiny God’s given you.” username=”mrsbwhyte”]

How you view yourself can determine your future

Your perception and beliefs about yourself determine whether you conquer giants and rule like David or stay stuck in the wilderness like the children of Israel.

Now I know this probably hasn’t changed what you believe about yourself yet (don’t worry we’ll get there). For now, I just want you to know why you’re going through this.

Related Post: A Love Note to the Queen who feels Forgotten By God

Don’t get punked. Get Angry.

I don’t know about you, but I can’t stand bullies. When I realized that I was being attacked, I was frustrated because I didn’t know how to stop feeling that way.

I hated not knowing how to do that, but I had to do something because I knew staying in such a dark place would eventually be the end of me.

Even if you can’t imagine what your future could look like, if there’s any part of you that wants more for yourself… that wants to find out what God’s best is for you, then you have to find your reason to fight.

Find your reason to fight…

I’m not going to pretend it’ll be easy or that you’ll always feel like fighting for your future.

So you have to find something that’s going to motivate you even when you’re not feeling up to it.

Mine is my future daughter (no, i’m not preggo yet, but I have always imagined myself having a baby girl). And if the enemy tries to attack her and make her feel an ounce of what I felt throughout my life, I want to be there to stop him in his tracks.

Even in the moments I didn’t feel like pushing through, I knew that I had to protect my daughter. I knew she’d grow up watching me and I didn’t want her to follow in my footsteps.

So my reason to fight was not just for my future, but also for the future of my family, and of MY baby girl.

You can find something within you that gives you reason enough to fight. I don’t know what it is, but I know that it exists.

It’s the same thing that prompted you to read this blog post and maybe several others like this.

Overcoming low self esteem – Welcome to your Challenge

Before we get into the challenge, here’s what I’m NOT asking you to do. I’m not asking you to know exactly how you’re going to do this, or to pretend like the hurt you’re feeling isn’t real.

I am however asking you to decide.

Decide to fight through the hurt, through the tears, and through the negative thoughts. Choose to take one step at a time in the direction of the future you want for yourself.

Queen, you’re not defined by where you are in your life right now or who you’ve been up to this point.

There’s a God in heaven who’s able to take the weight of your hurt, anger, and everything else. And He can (and wants to) give you a future better than you’ve ever imagined.

So if you’re ready to move forward and to take back your future, here’s what I want you to do:

We’re going in Queen. Next we’ll be dealing with the elephant in the room, how to trust a God you believe made you “less than.”

Other Resources for building self esteem, confidence, and self-worth 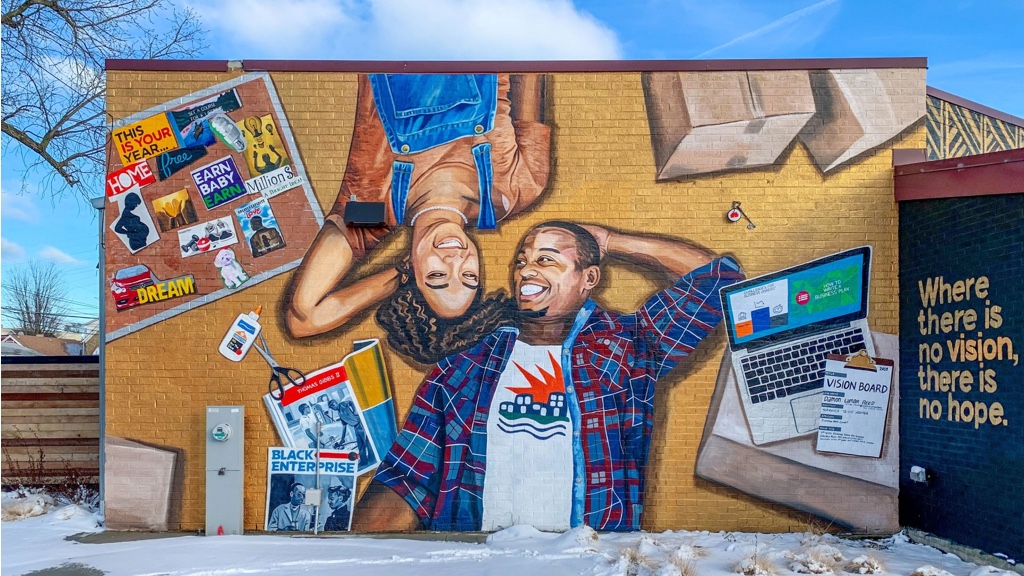 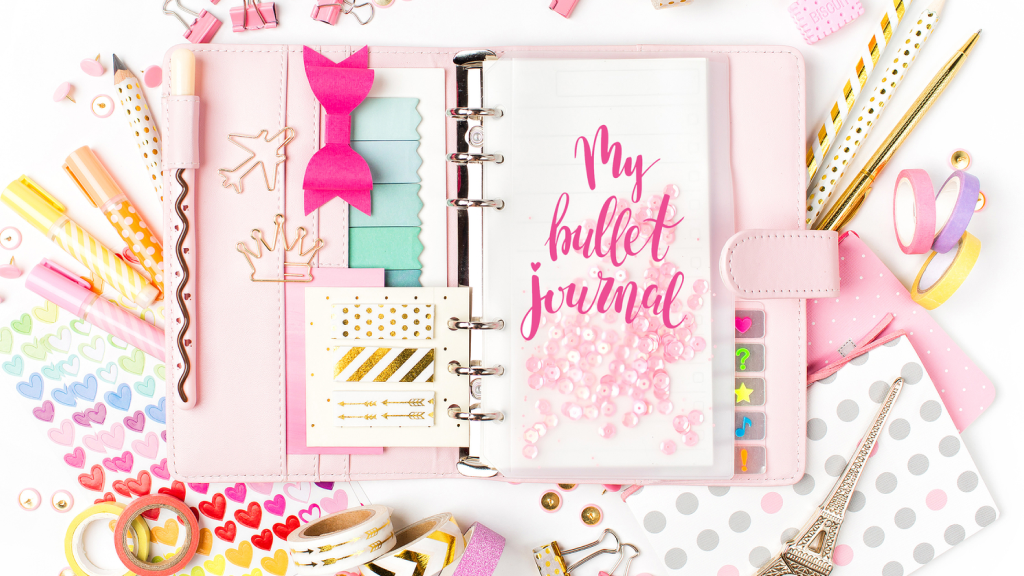 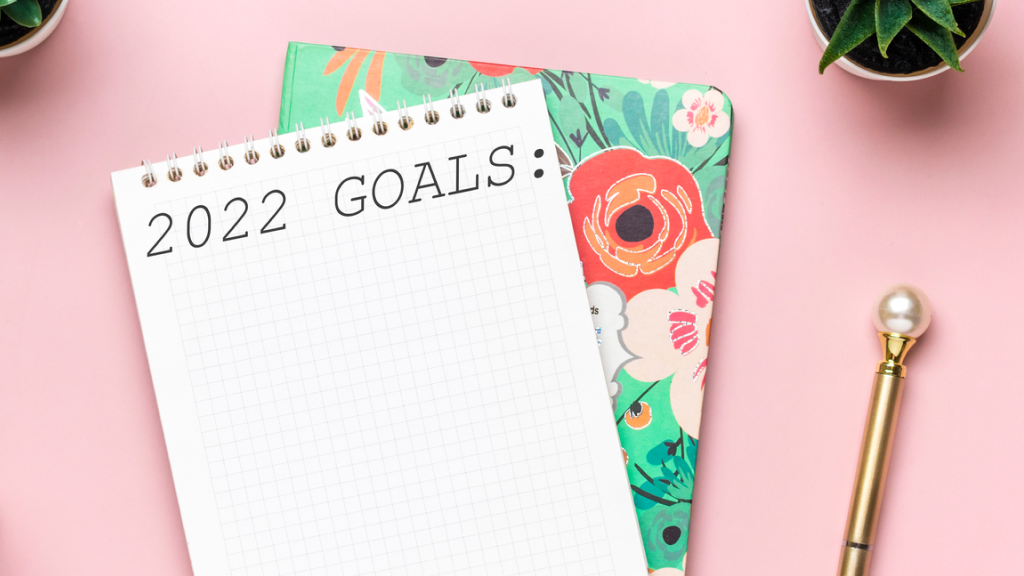 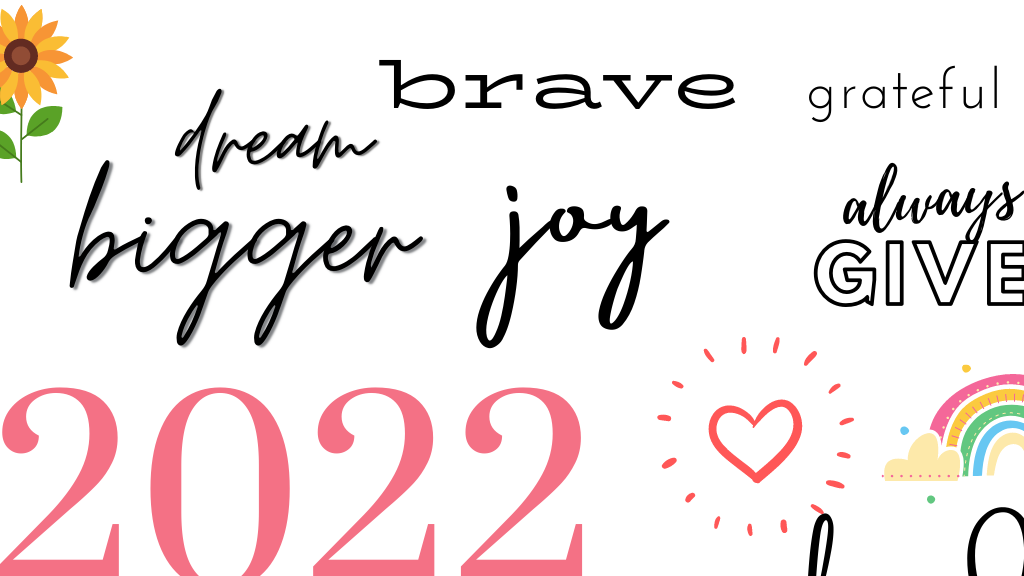 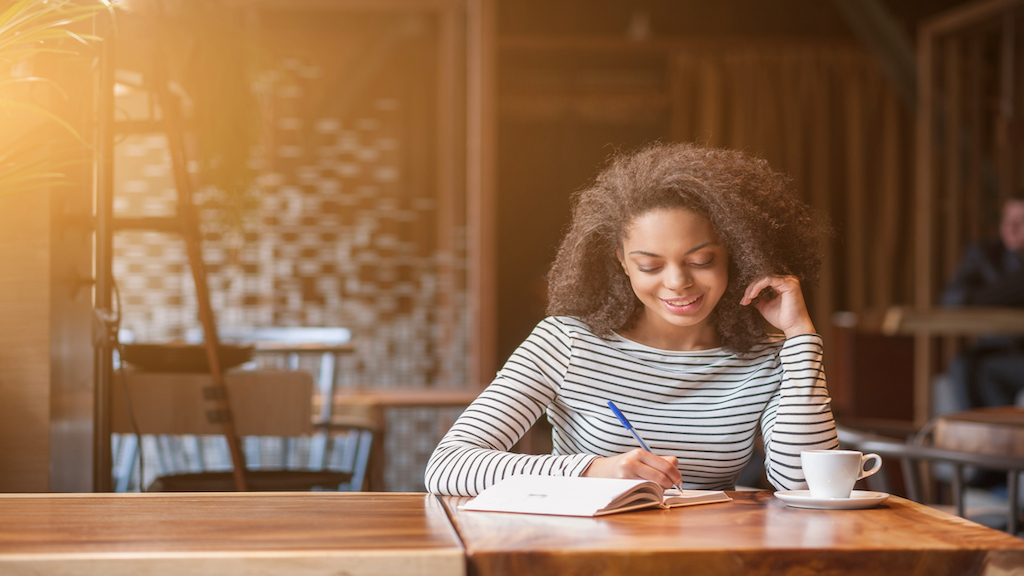 Journal Prompts for Self Love and Self Esteem for a Healthier, Happier You 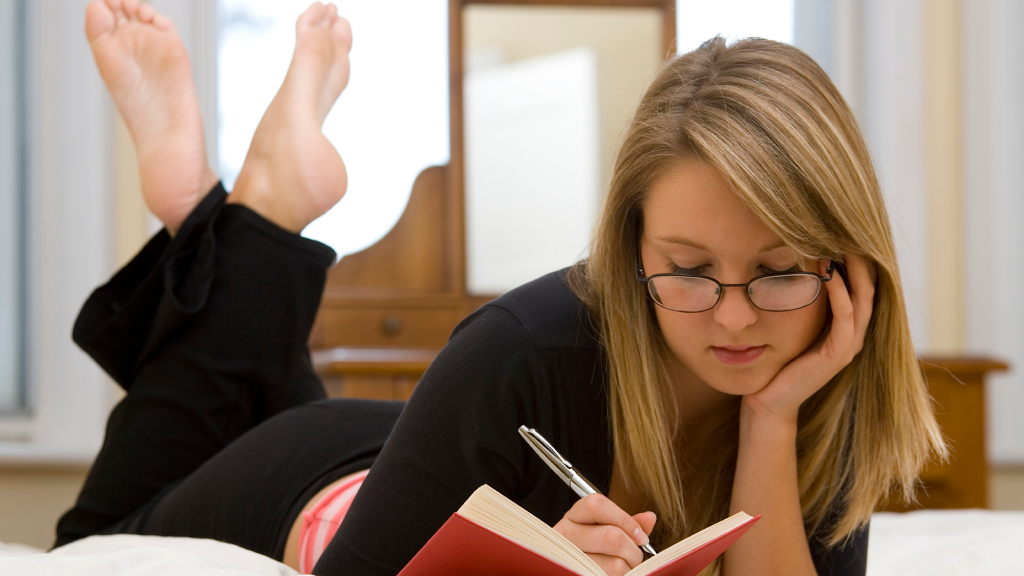 Comments for: Low on self esteem? This 1 reason could be why …